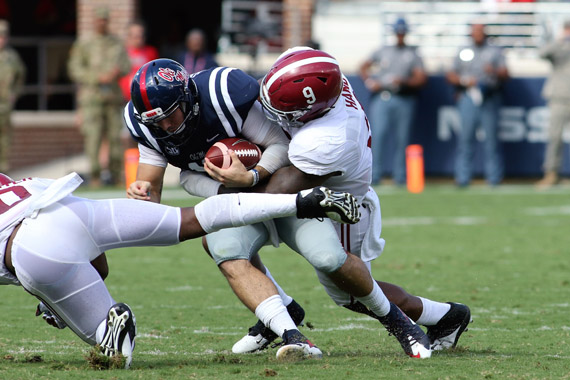 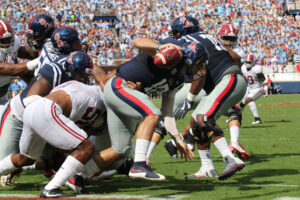 Bozeman started at center and produced the Tide’s highest grade along the offensive line, posting a grade of 86 percent. He did not allow a sack, commit a penalty or surrender a pressure while recording three knockdown blocks. Bozeman’s blocking along the front helped open holes for a season-high 334 team rushing yards, with Harris and Hurts accumulating 100-plus apiece of the team total. Harris rushed 16 times for a career-high 144 yards, his second game going over 100 yards this season. The sophomore tailback got stronger as the game wore on, rushing six times for 29 yards in the first half and then exploding for 115 yards and a score on 10 carries in the second half. 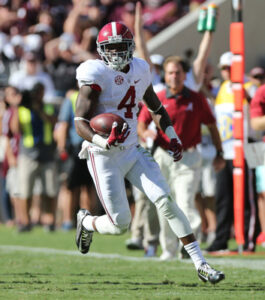 Hurts led Alabama with 304 yards of total offense, including 158 through the air and 146 on the ground. He finished 19-of-31 with five explosive passes for 17 yards or more, including a long of 45. Hurts also accounted for seven first downs through the air and seven rushing first downs. His performance helped Hurts become the first Tide quarterback to rush (146) and pass (158) for more than 100 yards since 2001, and his rushing total was the fifth-most yards by a quarterback in program history.

The trio of Anderson, Foster and Tomlinson accounted for 22 of the Tide’s 76 total tackles and helped limit Ole Miss to 106 yards rushing and only 3.3 yards per carry. Foster finished with a team-leading and career-high 12 tackles while Tomlinson tied for second at seven stops and added one pass breakup. Anderson played a key role in helping turn the momentum in favor of the Tide, forcing a Rebel fumble with his strip-sack early in the third quarter that was returned for a touchdown to even the score at 24-24. The senior linebacker finished with three tackles, including his sack for a loss of -8 yards, and the forced fumble.

Griffith finished his day with a pair of field goals from 32 and 30 yards out, respectively, to go along with his five made extra points. He also kicked off nine times for 570 yards to average 63.3 yards per kick with seven of the kicks going for a touchback. Holcombe added his third special teams tackle of the season, stopping one of the Rebels’ two kickoff returns at the 10-yard line to put the Ole Miss offense in dangerous territory.

Jackson highlighted the Alabama effort on special teams, taking his first career punt return 85 yards for a score with 1:05 remaining in the second quarter. The punt return brought the Tide to within seven and was a key piece of the UA comeback from its early 21-point deficit. He finished his day returning two punts for 95 total yards to average 47.5 yards per return while adding the touchdown, his second non-offensive touchdown in as many weeks (also, interception return vs. WKU on Sept. 10). 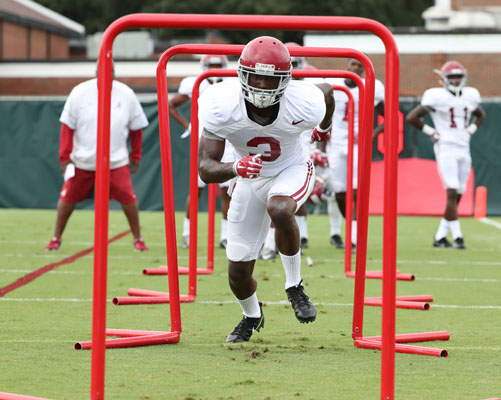 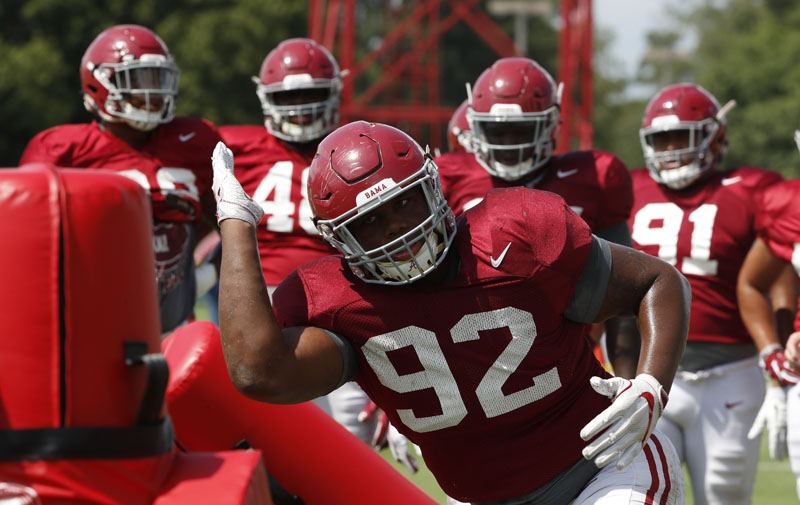