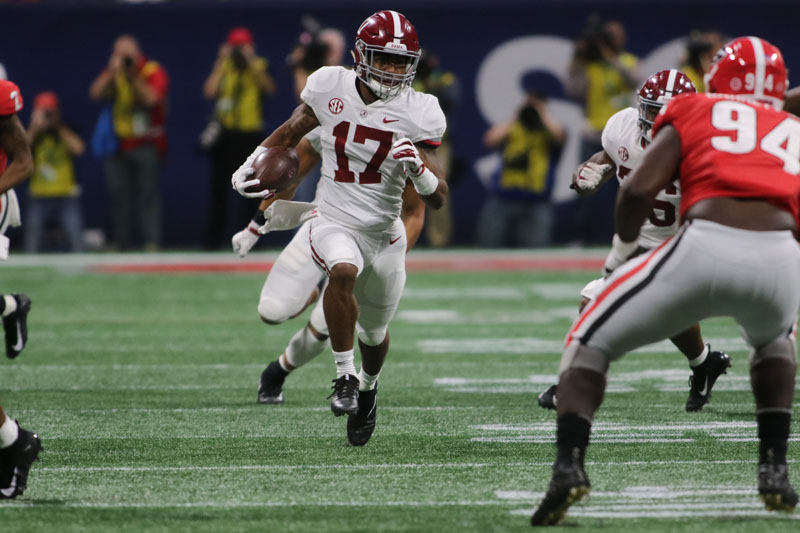 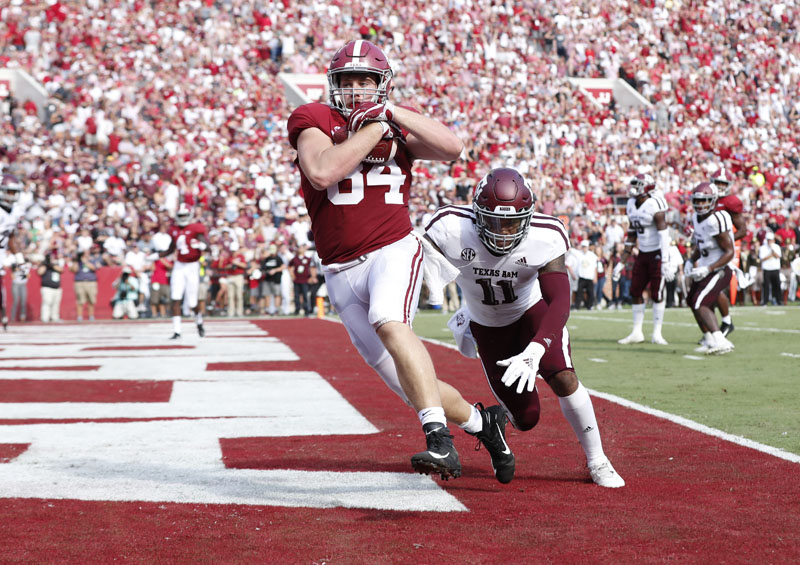 Tagovailoa was named the SEC Offensive Player of the Year while Waddle was selected as the SEC Freshman of the Year. Hentges was tabbed the SEC Scholar-Athlete of the Year and Jonah Williams rounded out the quartet, receiving the Jacobs Blocking Trophy, which is presented to the league’s top offensive lineman. The honors were voted on by the league’s 14 head coaches, who were not permitted to vote for their own players.

Tagovailoa has thrown for 3,353 yards and a school-record 37 touchdowns with just four interceptions on 199-of-294 passing (67.7 percent) this season. The sophomore is tied for second on the UA career touchdown pass list with 48 and has thrown for 300 or more yards an Alabama-record five times this season. His 42 combined passing and rushing touchdowns are also a UA single-season record. His six total touchdowns (five passing, one rushing) against Auburn on Nov. 24 is also a school single-game record.

A dynamic athlete who is a threat every time he touches the ball, Waddle established himself as at receiver and on special teams in his debut campaign with the Tide. He led all SEC freshmen in scoring (48 points on eight touchdowns), receptions per game (3.2) and receiving yards per game (61.8). The Houston, Texas native caught 41 passes for 803 yards to average 19.6 yards per catch with seven touchdown receptions. He added 15 punt returns for 226 yards and one score with his 15.1 yards per return average ranking second in the SEC.

Hentges has been a steady performer on and off the field for the Crimson Tide. He has already earned CoSIDA Academic All-District honors for efforts in the classroom this season and is a finalist for the Senior CLASS Award. The Jefferson City, Mo., native was also a semifinalist William V. Campbell Trophy. On the field, Hentges has caught three passes for 33 yards and a pair of touchdowns this season while also serving as a proficient blocker for the Crimson Tide’s record-setting offense.

A veteran presence on the Crimson Tide offensive line, Jonah Williams has started all 42 games during his UA career and blocked for 20 100-yard rushing performances over his three standout seasons at the Capstone. The junior anchors an Alabama offensive front that is one of three finalists for the Joe Moore Award. He helps clear the way for a Tide offense that leads the SEC and is second nationally in scoring at 47.9 points per game. UA also leads the league and ranks No. 7 in the country in total offense, averaging 527.6 yards per game, which is on pace to shatter the school record. Alabama is seventh in the country in passing offense at 325.5 yards per contest and ranks 10th in the Football Bowl Subdivision in sacks allowed at just 1.0 per game. Williams is also a finalist for the Outland Trophy and was the Outland National Player of the Month in September.

The SEC All-Freshman Team will be announced Thursday. 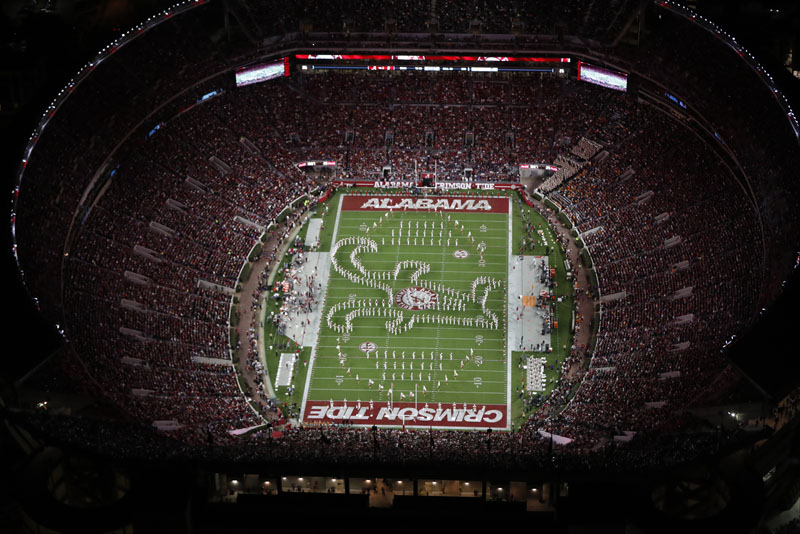 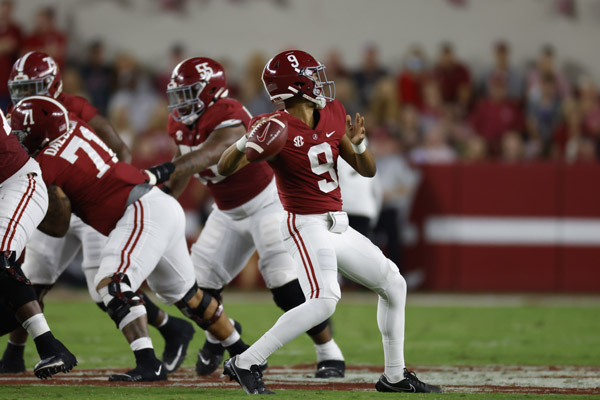 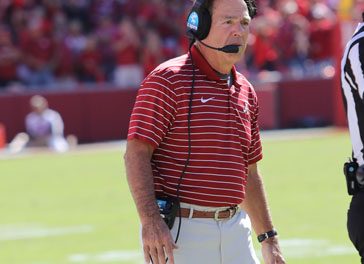 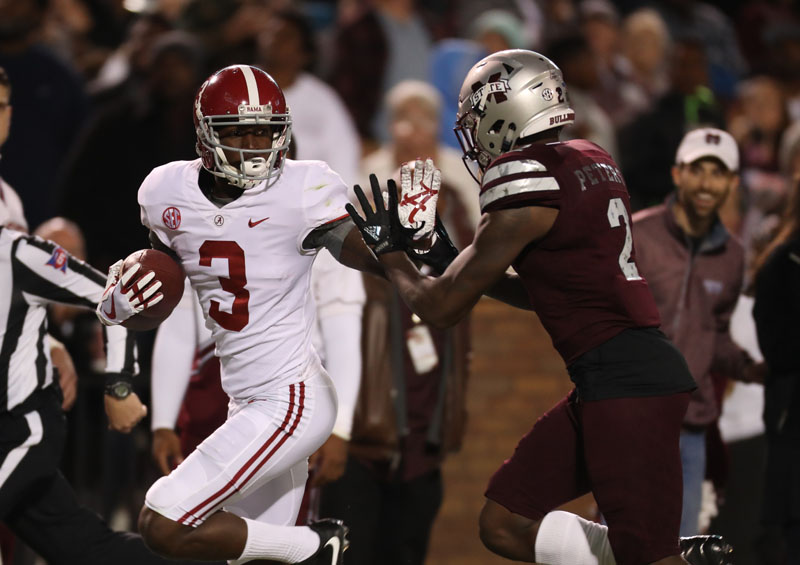