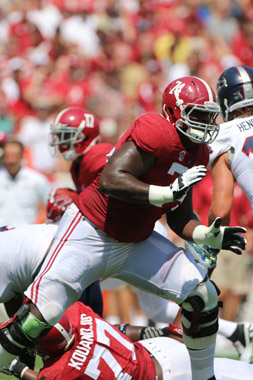 Henry, Ragland, Kelly and Robinson were all first-team honorees 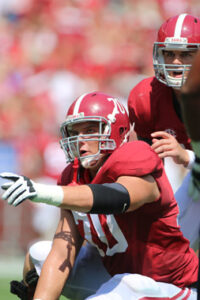 The Crimson Tide had four first-team honorees, the most of any school in the country. Unanimous first-team All-Americans Derrick Henry and Reggie Ragland were once again selected as first-team representatives, along with consensus All-Americans Ryan Kelly and A’Shawn Robinson.

Henry, who was named the Heisman Trophy, Maxwell, Doak Walker and Walter Camp Player of the Year winner, has rushed for an SEC record 1,986 yards and 23 touchdowns in his first season as the team’s starting running back. He leads the nation in rushing yards and touchdowns and is second in yards per game with 152.8. Henry is the first Alabama running back to be named a unanimous first-team honoree since fellow Heisman Trophy winner Mark Ingram (2009).

Ragland also earned unanimous first-team status, making him just the third player in Alabama history to be a unanimous selection joining only Cornelius Bennett and Derrick Thomas. He earned his recognition thanks to a standout season as the captain of one of the top-ranked defenses in the nation. The defense leads the nation in rushing defense (74 ypg), ranks second in total defense (258.2 ypg) and is third in scoring defense (14.4 ppg). A finalist for the Bednarik, Butkus and Nagurski awards, Ragland leads the Crimson Tide in tackles with 90, including 6.5 for a loss (-23 yards) and 2.5 sacks (-10 yards). He also has recorded six pass breakups, six quarterback hurries and two forced fumbles.

Kelly, the 2015 Rimington Trophy winner, received first-team All-America honors for the fifth time this postseason after also being honored by USA Today, Walter Camp, Sporting News and the FWAA. He has anchored an Alabama offensive line that provided running lanes for Henry’s Heisman winning season while rushing for 208.2 yards per game as a team. The senior center graded out at an average of 88.4 percent with five games over 90 percent. In 948 snaps, Kelly missed only eight assignments and did not allow a sack all season.

Robinson, the Tide’s fourth AFCA representative, has been a disruptive force in the middle of the vaunted Alabama defensive front that leads the country in sacks (46). He has a career-high 42 tackles this season, including 7.5 for a loss (-25 yards) and 3.5 sacks (-19 yards). In addition, Robinson has nine quarterback hurries, two pass breakups, a fumble recovery and one blocked point after touchdown try. He has now been named to four first-team lists after being recognized by the AP, FWAA and Sporting News as well. 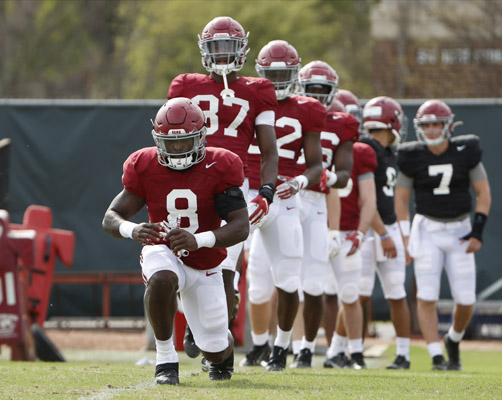 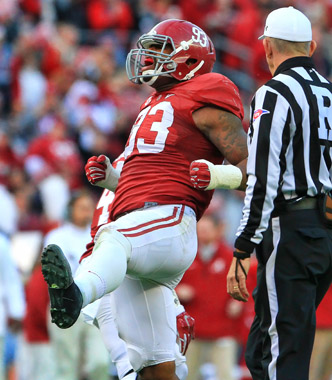 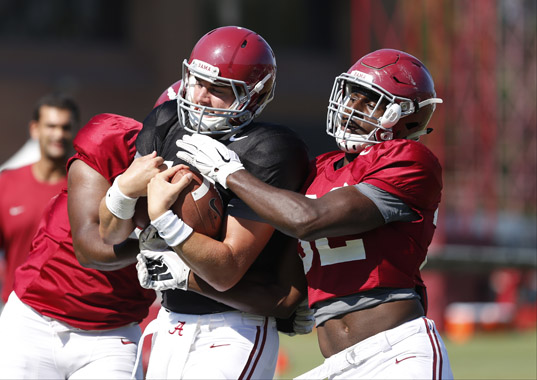