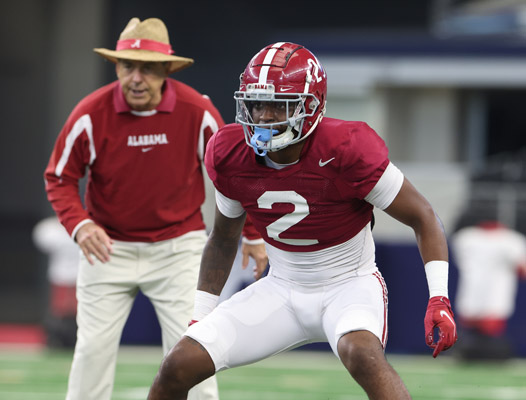 TUSCALOOSA, Ala. – The Alabama football team wrapped up its second workout of the week on Tuesday afternoon. The two-hour practice in full pads was conducted on the Thomas-Drew Practice Fields.

The Crimson Tide will return to the practice fields on Wednesday as the team continues preparations for another SEC West matchup. Alabama will host the Texas A&M Aggies at Bryant-Denny Stadium this Saturday, Oct. 8. The divisional matchup is slated for a 7 p.m. CT kickoff on CBS.

Also on Tuesday, a pair of Crimson Tide players earned weekly honors. Junior running back Jahmyr Gibbs was selected as the Doak Walker Award’s National Running Back of the Week for his play in Fayetteville. On the defensive side of the ball, senior DeMarcco Hellams was named to the DC Touchdown Club Washington Metro College Football Player of the Week Honor Roll for his performance in the Tide’s victory against Arkansas. 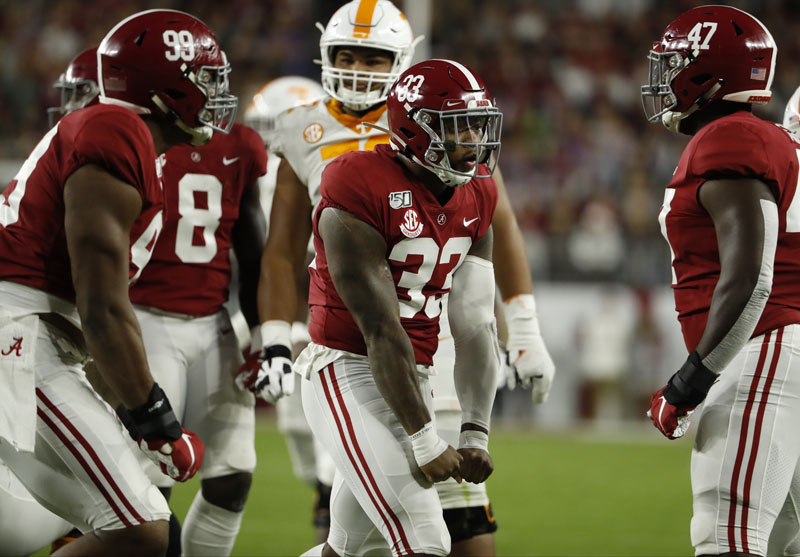 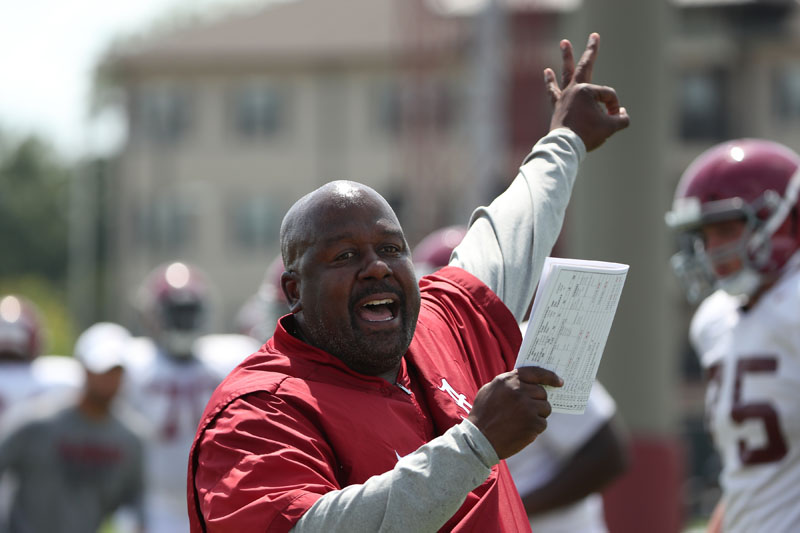 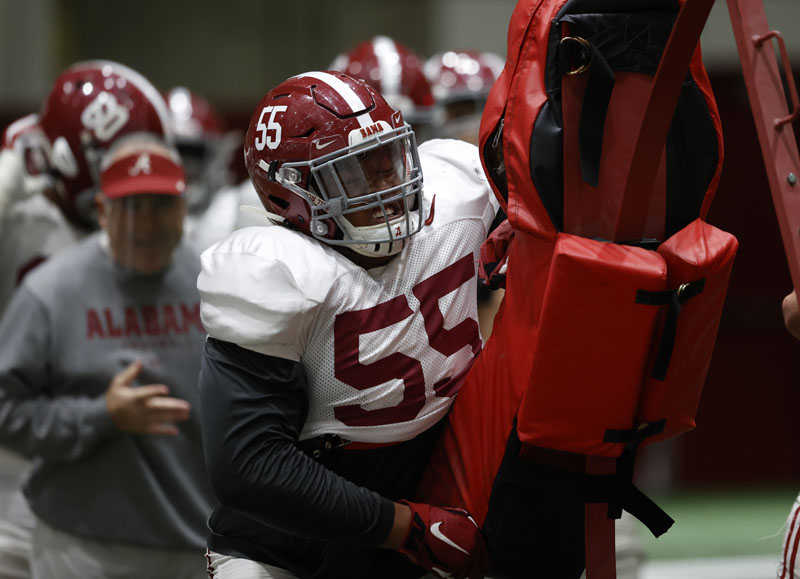 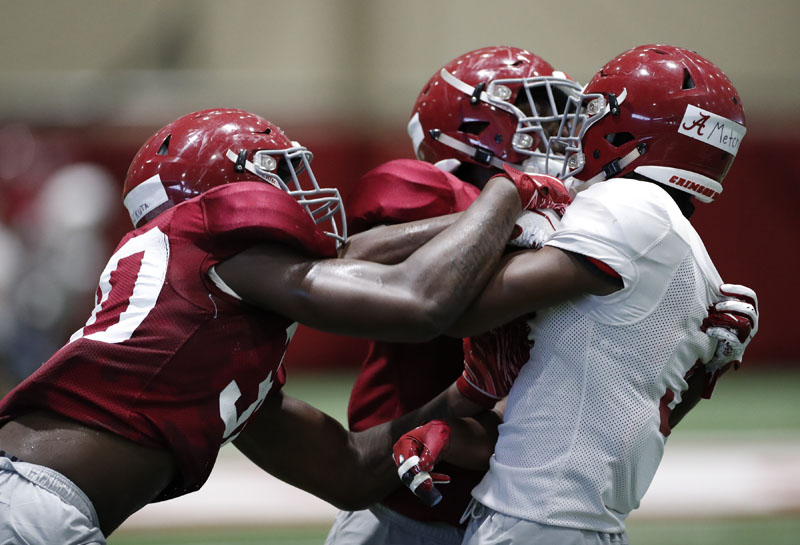