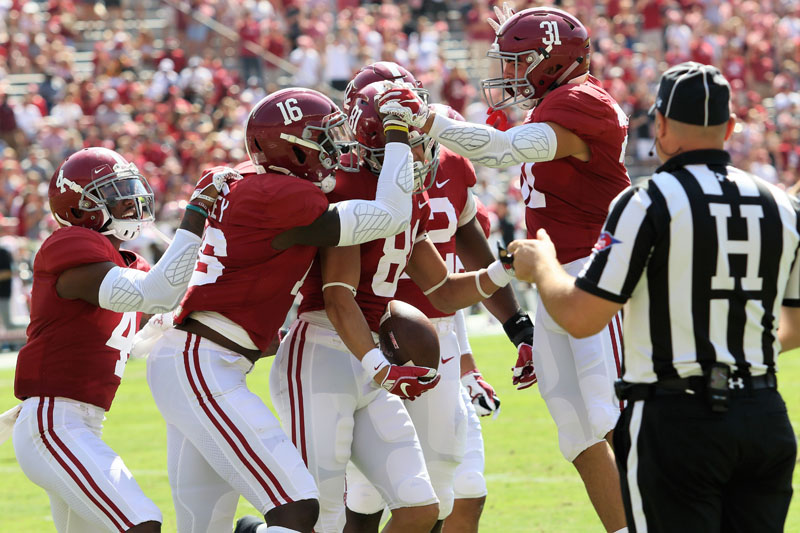 Four on offense, three on defense and a pair on special teams were selected

TUSCALOOSA, Ala. – The Alabama coaching staff named nine players of the week following the Crimson Tide’s 56-14, non-conference victory over Louisiana last Saturday at Bryant-Denny Stadium. Jalen Hurts, Ross Pierschbacher, Henry Ruggs III and Tua Tagovailoa on offense; Raekwon Davis, Trevon Diggs and Christian Miller on defense; and Jaylen Moody and Jaylen Waddle on special teams were tabbed by the UA coaches for their output against the Ragin’ Cajuns.

Hurts and Tagovailoa combined for 246 yards and three scores on 12-of-14 passing against Louisiana, part of the Tide’s efficient performance through the air. Tagovailoa was a perfect 8-of-8 for 128 yards and two scores with the sophomore adding a pair of rushes for 12 yards. Hurts, a junior, followed and finished his day 4-of-6 for 118 yards and one touchdown while contributing four rushes totaling eight yards on the ground. The duo helped the Crimson Tide signal-callers finish 13-of-16 for 340 yards and four touchdowns on the day.

The offensive line provided time for the Alabama quarterbacks’ impressive outing, with Pierschbacher leading the charge. The redshirt senior graded out at a team-leading 92 percent and did not miss an assignment on 49 snaps while accounting for a team-high four knockdown blocks. Pierschbacher did not allow a quarterback sack or pressure and did not commit a penalty. Ruggs III led all wideouts with five catches totaling 116 yards and a pair of touchdowns. His catch, yardage and touchdown totals were all career-high marks and all four of the sophomore wideout’s receptions resulted in first downs for UA.

Davis, a junior, led all defensive linemen with four tackles and helped limit the Ragin’ Cajuns to 288 yards of total offense. Diggs recorded his first career interception while also forcing his first fumble of the year. The junior’s efforts in the defensive backfield led to a season-low 88 yards passing by Louisiana quarterbacks. Miller, a redshirt senior, collected a sack (-7 yards) for a third consecutive game and added four tackles in his playing time.

Moody registered the first tackle of his freshman campaign, making a stop on kickoff coverage to limit the ULL returner to a 16-yard gain. Waddle impressed once again on special teams, returning his lone punt of the day 63 yards for a score. The return yardage was a part of the freshman’s career-high 201 all-purpose yards to go with his team-leading 138 yards through the air. Waddle hauled in three passes with a Tide season-long catch of 94 yards, resulting in a touchdown. 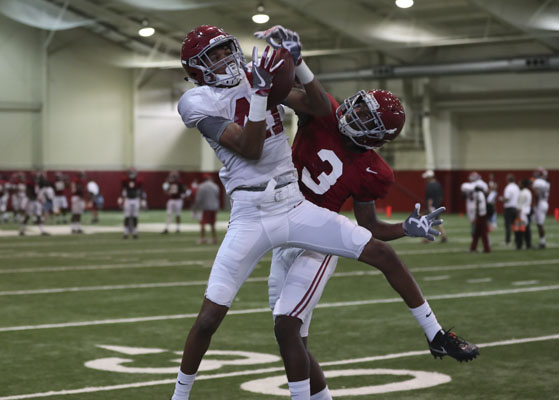 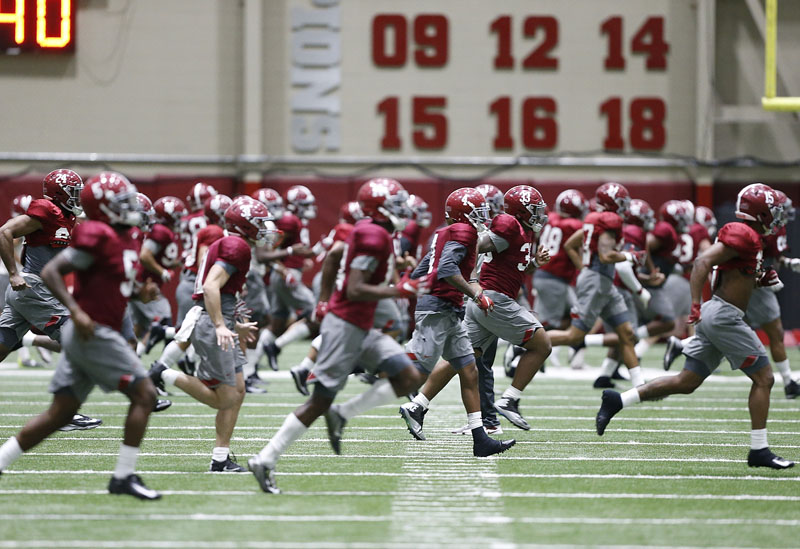 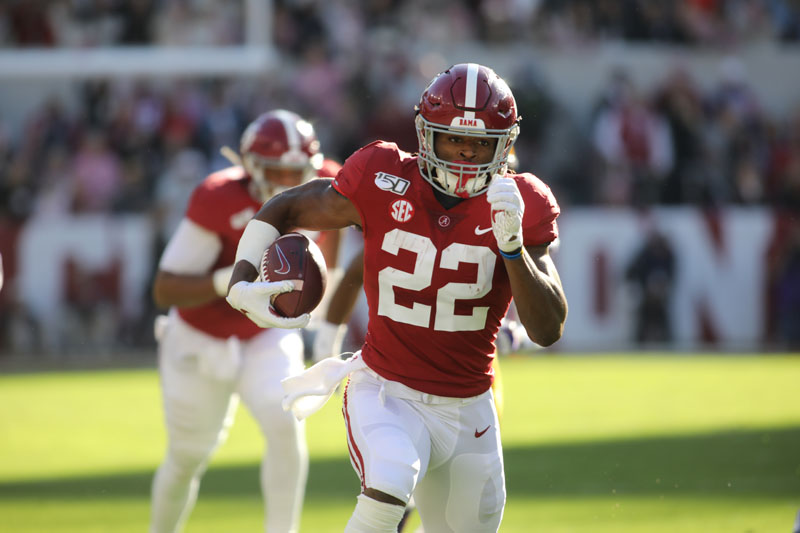