No. 1 Alabama Beats No. 4 Oklahoma, 45-34, in College Football Playoff Semifinal 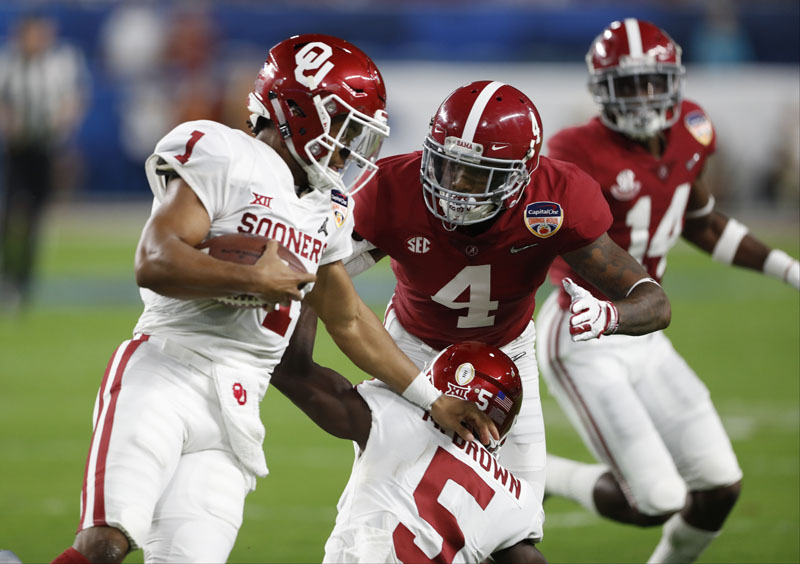 The Crimson Tide advances to its fourth-consecutive College Football Playoff National Championship Game where it will face No. 2 Clemson

MIAMI GARDENS, Fla. – The No. 1 Alabama football team jumped out to a 28-0 lead and never looked back against No. 4 Oklahoma, winning 45-34 in the College Football Playoff Semifinal at the Capital One Orange Bowl Saturday at Hard Rock Stadium in Miami Gardens, Fla.

Sophomore quarterback Tua Tagovailoa was impressive, going 24-of-27 for 318 yards and four touchdowns through the air. Sophomore wide receiver DeVonta Smith led the team with six catches for 104 yards and a score. Junior running back Josh Jacobs added 158 total yards and a touchdown, while senior running back Damien Harris racked up 48 yards on the ground and two touchdowns.

On the defensive side of the ball, sophomore linebacker Dylan Moses led the way with six tackles, while sophomore defensive back Xavier McKinney totaled five tackles to go along with a game-high four pass breakups.

The Tide started the game with a bang when Tagovailoa found Smith on a slant route across the middle for a 50-yard pitch-and-catch on the first play from scrimmage. Six plays later, Harris found the end zone from one yard out to get UA on the board. Following redshirt freshman Joseph Bulovas’ extra point the Tide held a 7-0 advantage with 11:54 left in the opening quarter.

After an Oklahoma three-and-out, Alabama added to its total when Tagovailoa found sophomore wide receiver Henry Ruggs III in the back of the end zone for a toe-tap 10-yard touchdown. Bulovas’ point after pushed the lead to 14-0 with 5:54 on the clock in the first quarter.

The Crimson Tide scored its third touchdown on its third offensive drive of the quarter after Harris found his way untouched into the end zone for his second one-yard score to cap a five-play, 61-yard drive. Bulovas’ extra point extended the lead to 21-0 with 1:33 remaining in the first.

Alabama continued to pour on the points in the second quarter when Tagovailoa connected with Jacobs out of the backfield who then rumbled 27 yards for the Tide’s fourth touchdown of the game. After Bulovas knocked through the extra point, UA held the 28-0 advantage with 13:01 left before the half.

The Sooners responded with a pair of scoring drives, scoring a touchdown with 11:48 to go in the second quarter before adding a field goal with 7:30 remaining in the half.

On its next offensive possession, Alabama added a field goal of its own after Bulovas knocked through a 37-yard attempt to make it 31-10 at the halftime break.

At the end of the first 30 minutes of play, the Tide outgained the Sooners 318-191 and held OU quarterback Kyler Murray to just 6-of-13 passing. The 10 points at the half were the lowest by Oklahoma all season.

Oklahoma scored twice in the third quarter, a 26-yard field goal and a 49-yard receiving touchdown to trim Alabama’s lead to 31-20 heading into the fourth quarter.

Tagovailoa put the Tide up 38-20 to begin the final quarter after finding Smith for another quick slant touchdown, this time from 10 yards out with 13:08 left in the game. Bulovas’ point after completed the methodical nine-play drive that accumulated 87 total yards.

The Sooners answered with its second touchdown of the half to cut the Alabama advantage to 38-27 with 8:31 to go in the contest.

The Tide bounced back with another touchdown when Tagovailoa connected with sophomore wideout Jerry Jeudy from 13 yards out to end a five-play, 46-yard scoring drive. Following the extra point from Bulovas, Alabama held the 45-27 edge with 6:08 remaining.

Oklahoma found the end zone again with 4:23 left in the game to cut the lead to 45-34. However, Alabama recovered the ensuing onside kick and ran out the clock for the victory.

The Tide compiled 528 yards of total offense and controlled the ball for 36 minutes of the game in the victory. 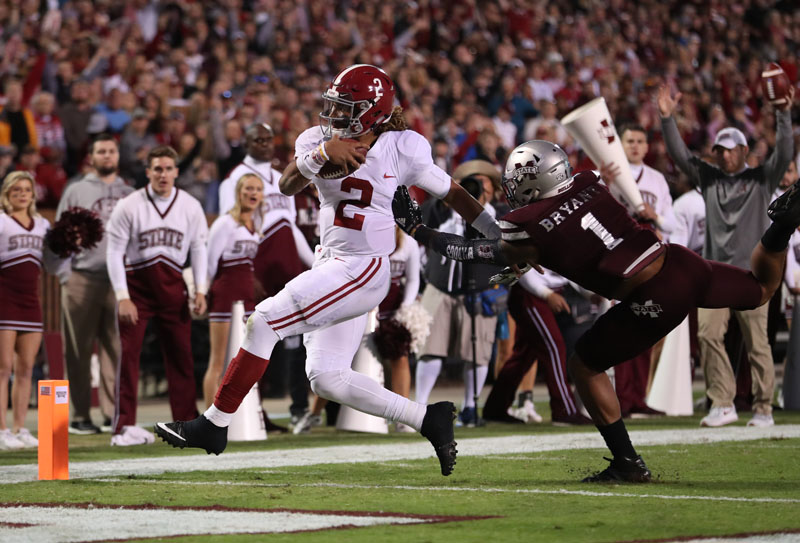 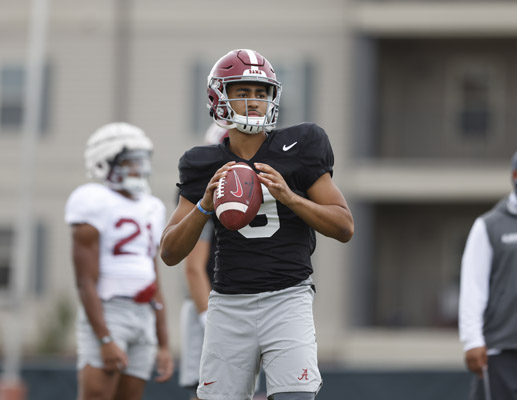 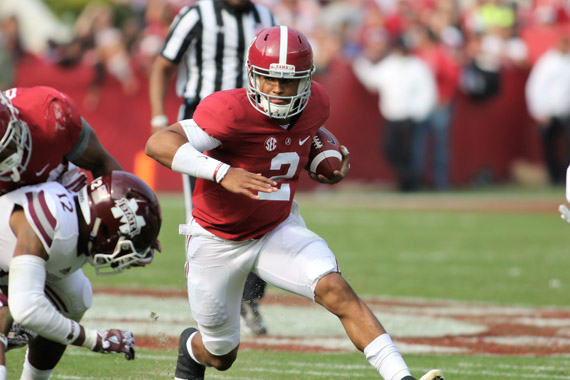 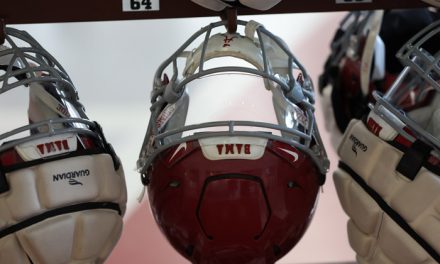